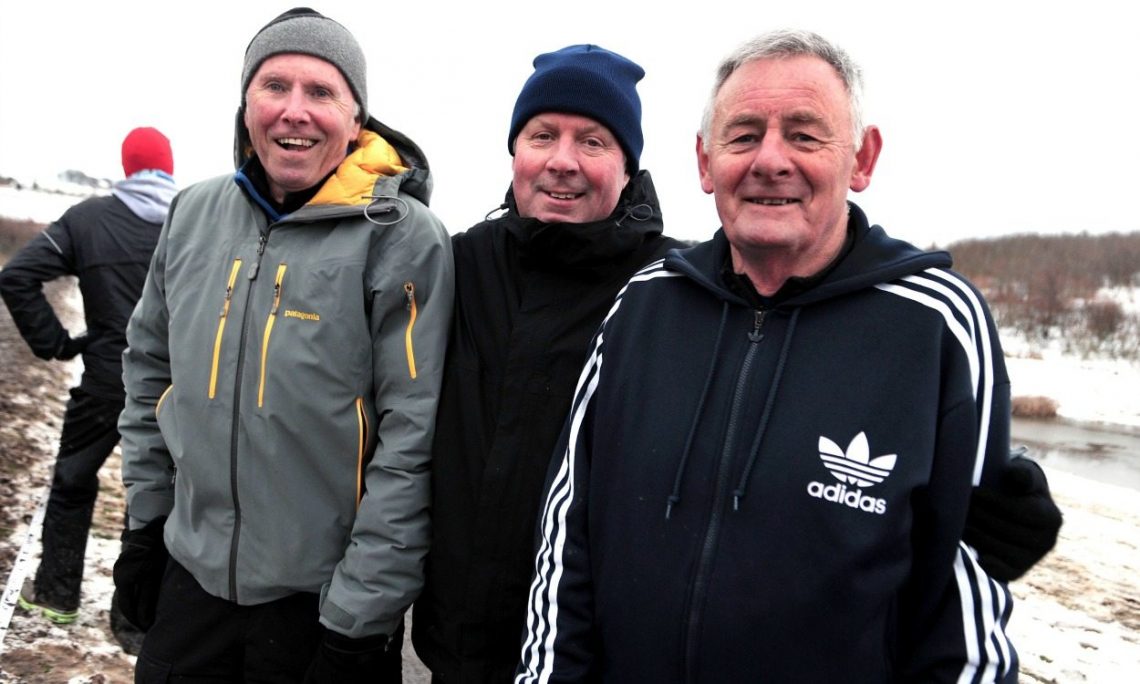 Gateshead Harriers & AC was saddened to learn of the death of Lindsay Dunn (pictured with long time friends Brendan Foster & Mike Baxter), one of the UK’s best known endurance coaches and a key figure in the club’s distance running successes of the 1970s and 1980s.

Lindsay was a fine athlete himself and was a member of several Gateshead Harriers teams that won national cross country and road relay titles. He took up coaching at a relatively early age and his guidance assisted Brendan Foster and Charlie Spedding in winning Olympic bronze medals. He also coached several of the other international runners who competed for the club at that time.

Lindsay’s approach to training and race preparation was fastidious and he expected his athletes to have the same approach. He also had many different interests, including horse racing, and enjoyed socialising with fellow athletes and coaches.

He was a unique character who will be much missed in the athletics community.