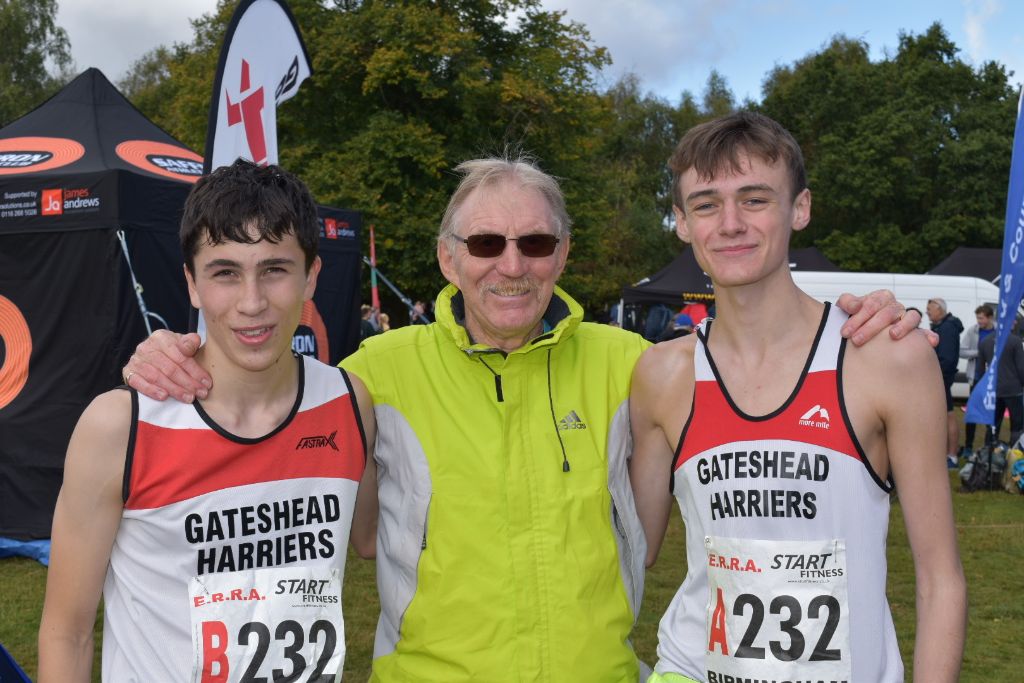 The clubs athletes from the U17 and Senior Men’s age groups (endurance) made the long journey down to Sutton Coldfield for these National Championships, the Senior Men having qualified via the Northern Championship which was 3 weeks earlier.

The weather conditions were good compared with what was happening in the North East, (heavy rain) it remained dry but very windy around the course. The U17 Men were the clubs only representatives in the Young Athletes Championships and even then the Team only had 2 runners (3 required) but the athletes wanted to run and they wore the Gateshead Harriers colours very proudly. Ethan McGlen ran the first leg which was extremely competitive and he ran a great leg to hand over to David Race in 7th position, David stormed around the second leg and worked his up to 4th and to within 7 sec of the lead. David had the 4th fastest time on his leg, while Ethan had 8th fastest overall time, (from the 3 legs) what a pity about not having a third runner, National medals were up for grabs.

The competition in the Senior Men’s race was the strongest that I have seen for along time, but the athletes representing Gateshead Harriers stuck to their task and battled through very windy conditions finishing in 56th position, with almost 80 clubs running.  Not taking into account possible “B” teams the club actually finished 14th Northern club team and 3rd North East club team, so we want to thank James Cripwell, Matt Linslay, Charlie McMillan, Jonny Malley, Steven Medd and Steven Asquith for their great Team effort, all had to really work hard, especially when teams get spread out so much.  We would also like to THANK the parents, supporters, officials who made the journey, for their contribution
John/Tony