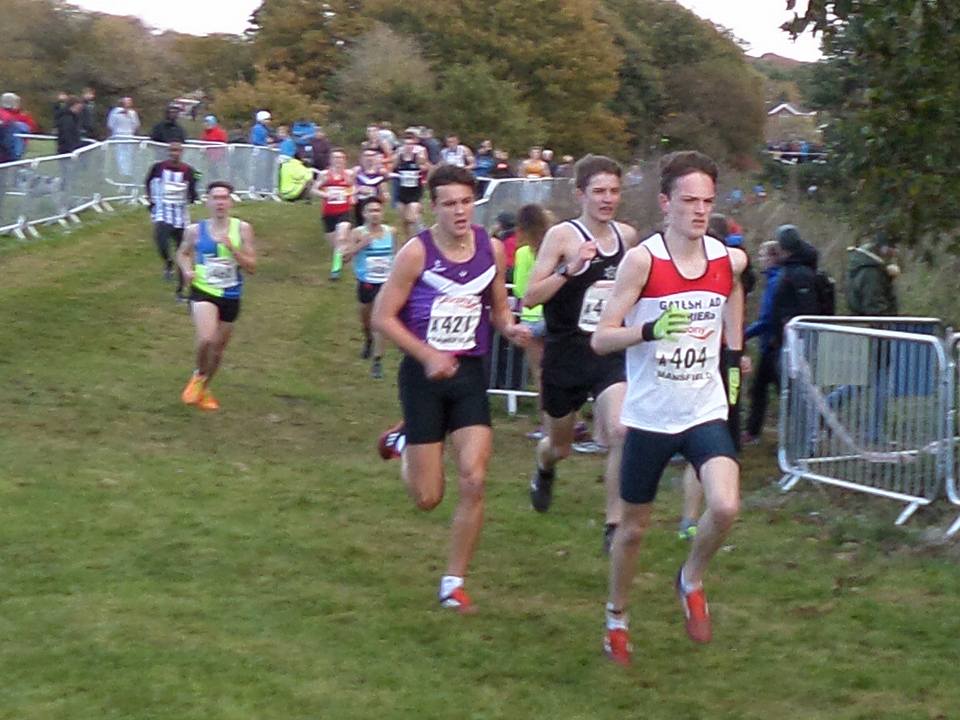 Gateshead Harriers were Host Club for the above Championships and our many volunteers led by Tony Gardner who was head co-ordinator/organiser on the day did a fantastic job making sure that the whole day was a success and ran smoothly.

The Course at Wrekenton is tough and although we had a lot of rain leading up to the race, the conditions were surprisingly firm, but a very strong blustery wind made it extremely hard, alongside this demanding course.

Our Senior Woman were well represented on the day and they were very keen to continue their recent success in the Harrier League fixtures where they are currently top of their league. The impressive large fields of the local leagues also was replicated into these Championships.   With our ladies getting away, settling down and packing well, Brigid Dennehy establish herself in the top 30 and progressively worked her way through to finish a very creditable 13th position. Brigid was closely followed by Jane Giles who also had been working through the field to finish in 14th position. With 4 athletes to count in the team Elizabeth Raven (back from her travels of Australia) battled her way through the strong winds to finish 28th and again she was being chased by Sarah Hill who was the 4th counter in 31st place. The Women had many runners out on the day who backed the 4 counters up well, unfortunately the team just missed out on medals, they finished 4th but were only 2 points away from 3rd team medals. This was a great team effort from our ladies who look forward now to the Davison Shield competition on the 5th January 2019.

Our Senior Men also turned out in force for their Championship which was run over a distance of 12k this was 4 large laps of this testing course, the club had 15+ runners toeing the line with around 400 setting off at the gun. The team was packing really well after the start with lots of competition for the team counters, Conrad Franks was always involved in the top 10 and he was the first Gateshead counter with a tremendous run in 7th place. Behind Conrad we had James Cripwell and Ross Christie battling it out with James just edging it in 25th and Ross in 28th, they were followd by Dan Alexander, Kevin Connolly, and Matt Linsley making the 6 counters, and they were rewarded with a very pleasing 3rd Team medals, a great effort. These lads were backed up by Steven Medd (who just missed out on a team medal on the run in to the finish), Jonny Malley, Paul Waller, Steve. Asquith and Martin Slater.

In the Junior Mens Race we only had the one runner in Will Dixon, this is Will’s first season as an U/20, he also has just recovered from a cold bug, but he competed well to finish 11th position and has 2 more years to compete in this age group, so good experience.

The club overall had a really good day with 6 Team Medals from all the age groups along with individual medal winners as well, this can only auger well for the future, but we have to continue building throughout the Endurance disciplines and there are certain areas which we know we have to strengthen but very encouraging results and well done to our coaches and Team Managers who worked hard to get our athletes out on the day.