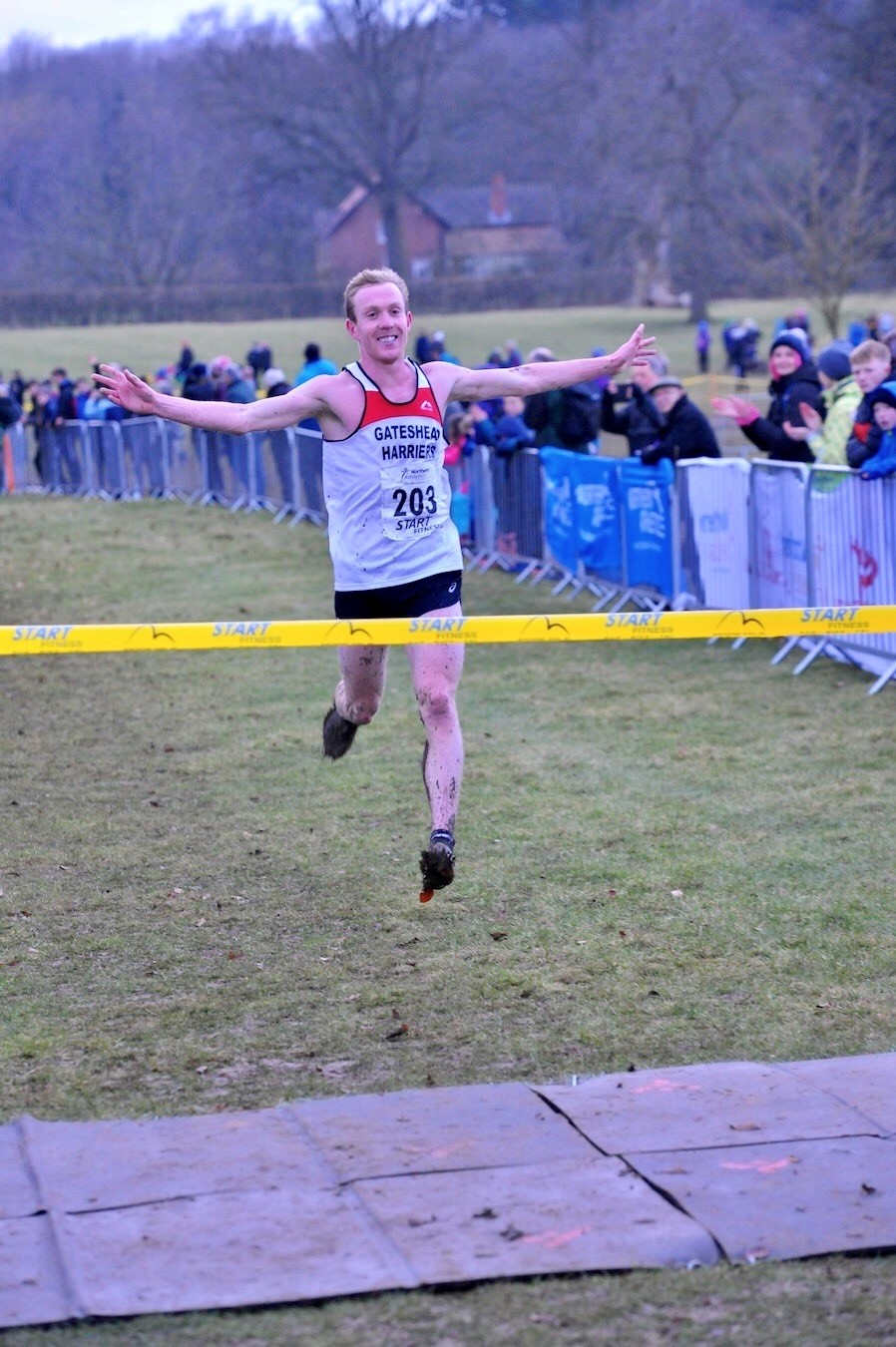 This was a new venue on the Camp Hill Estate at Bedale which was sourced by Northern Athletics, as it becomes more and more difficult to find suitable venues, this one on the day seemed to go off very well on all fronts, well done to the organisers.

The club was well represented at most age groups and a report on our Young Athletes will be separate from this one, but it has to be said that the club had 6 Athletes finishing in the top 10 of their age group, which is tremendous running in a major Championship, the club overall having a really good day.

So although the course was reasonably flat a lot of the surface was still very soft after recent rainfalls and proved to be energy sapping especially towards the latter races. In the Junior Women’s race (6.2k) we fielded a strong team and they performed extremely well with Chloe Wellings (after having won the Northumberland Schools Champ on Tuesday) continued her great form by finishing in 7th position and having a real battle with Elisha Tate throughout the whole race with Elisha finishing in 8th position. So that was a great start for the team having two runners in the top 8 places, it was 3 counters in the team race and Amy Baker worked so hard all through the race and backed up Chloe and Elisha well, with the Ladies coming away with Silver medals in the Team race only getting beaten by one point for the Gold Medals, so fantastic effort and well done Ladies.

As always the Senior Ladies turned out in force for these Championships, which was run over a distance of 8k and, with 8 races having already been completed, the conditions under foot were starting to get really tough. But our Ladies competed well with Gillian Manford, Jane Giles, Liz Porteous and Freda Summerfield being the clubs team counters in 17th place and also finished 2nd North East team. With Danielle Fraser, Elizabeth Connor, Maggie Lorraine, Phillipa Paterson and Lisa Atkinson backing up well and supporting the team it was a really good effort and experience for our Ladies, must give a mention to Kim Simpson who unfortunately had to pull out of the race midway through feeling unwell (speedy recovery).

The club only had one runner in the U20 Men’s Championship,(8k) but what a performance Charlie McMillan put in to finish in 4th position, he had really battled his way through the field into 3rd with less than 100m to the finish line and he just got piped by one second for the Bronze medal, but a tremendous run, and again another runner who ran in the County Schools Champ. on Tuesday.

The final race of the day was the Senior Men’s Championship (12k) which turned out to be a very competitive race at the front and what made it even more exciting, we had a Gateshead Harrier Calum Johnson in the mix, going into the final large lap there were 4 runners still in the group with Calum being one of them, and with about 3k to go he opened up a gap of 3/4 seconds and he was never headed after that and he won by 16 seconds and a great Championship victory, this was the first time a Gateshead Harrier had won this race since Alan Buckley in 2001 at Blackburn. Behind Calum the Gateshead lads were battling their way through the field with Conrad Franks, Dan Alexander, Steven Medd, Ali Bailey, Peter Grimoldby, and David Dawson all supporting well, with the Team finishing 14th position and 3rd North East team.

When you read the Young Athletes report and this one, this was a good day for Gateshead Harriers and that X-country and Road season is vitally important to building Endurance and especially guiding and building our young athletes through their teenage years. 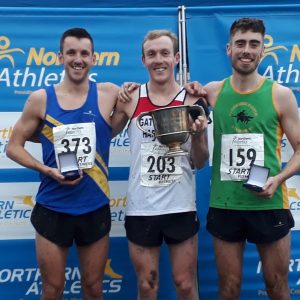 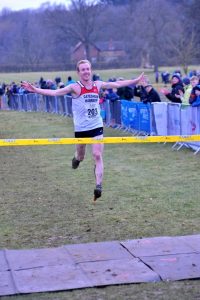