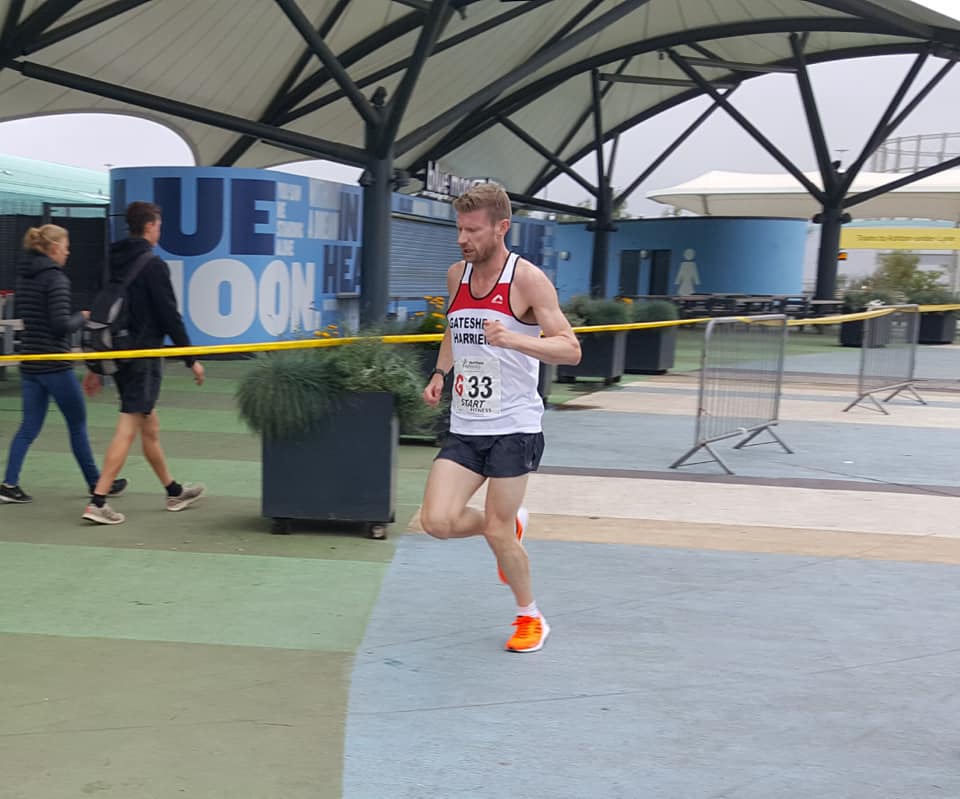 The 2019/20 Road & X-country season has started early this year with the above Championships taking place in Manchester,  We had 2 teams representing the club performing well on the day, this race is a stepping stone for Gateshead Harriers & A.C qualifying for the National Championships in October.

The competition was very strong but the Gateshead teams were up for the challenge and they delivered on the day, Conrad Franks continued his tremendous form running on a very competitive first leg he brought the Team back in 6th position, which was a great performance.  Ali Bailey and Matt Linsley consolidated the team in the early teens on the next two legs, handing over to Charlie McMillan the youngest member of the team who handled the situation very well and maintained our overall position. The ever-dependable James Cripwell continued the progress running solidly and handing over to Team Captain Steven Medd to finish off the job, coming home in 17th position, thus qualifying comfortably for the National Championships on the 6th October.

As mentioned above we had 2 teams competing on the day and the “B” Team performed well, with over 120 teams declaring on the day they finished in 70th position, this team was made up of Simon Findley (running his first major race for the club), Peter Grimoldby, Chris Paton, (good to see Chris back after long term injury), Phil McKeown, Kevin Connolly and Jonny Malley, well done and thank you to all.

We now look forward to the National 6 Stage Championship at Sutton Park, we need to get as strong a Team as possible, the season has started off well but we need to keep the momentum going and continue the upward trend of recent years.   We thank the Team Management (Tony & John) and all the support on the day and we look to flying the Gateshead colours at another National Championship at Sutton Park.