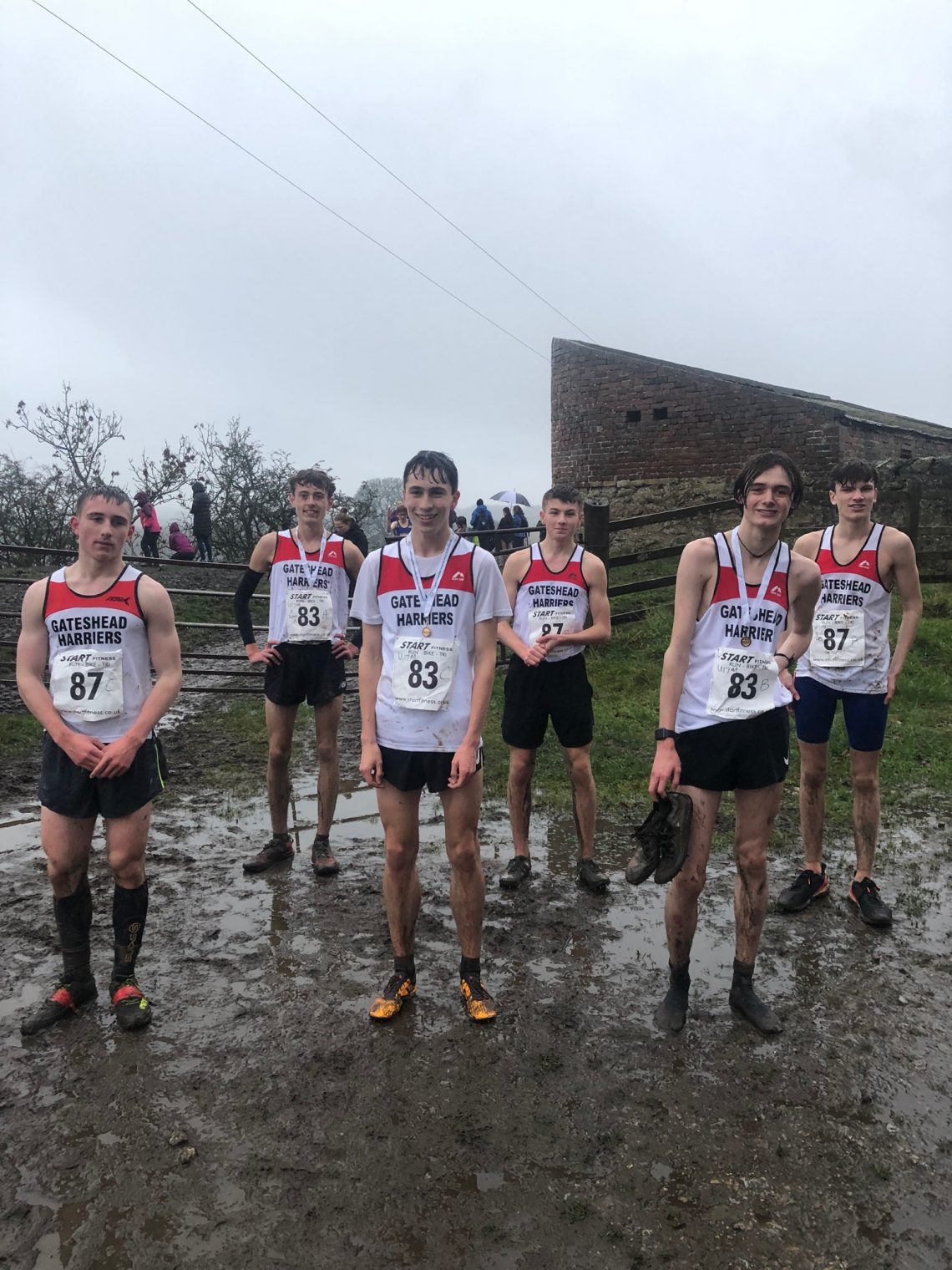 The local cross country season finally got underway at Thornley Hall Farm on 12 December with the North Eastern Counties Cross Country Relays for Young Athletes, an event specifically designed for the current circumstances.  The venue was ideal for dealing with England Athletics’ temporary limitations on competitors and spectators and ensuring that the racing area was reserved for runners and officials only.

The rain held off for most of the day but the course lived up to its reputation as runners struggled to keep their footing and sometimes their shoes.  Nevertheless, the standard of competition was high, reflecting well on all the young athletes who have kept training during the pandemic and their coaches.

The first race was the under 13 Girls.  Elle Sperring gave the Gateshead team a good start coming in 6th on Leg 1.  Safiyah Ishaq and Emily Fitzgerald, both in their first under 13 competition, did very well to bring the team home in 7th.

The club has a big group of first year under 13 Boys, and they more than lived up to expectations.  The A team of Alex Lienard, Johann Haniffa and Harry Hunter were an excellent 2nd with Alex fastest overall having been first runner home on leg 1.  The B team were an encouraging 6th, well done to Same Emery, Matthew Waters and Alfie Cook.

The under 15 Girls saw the club win its first title of the day.  Annabel Millburn set the A Team up well on Leg 1, a storming run by Millie Watson then took them into 2nd and Jessica Milburn quickly gained the lead to make sure they were clear winners.  There was another promising B team performance by Marina Swift, Iona Johnstone and Lucy Oliver in 8th position.

The under 15 Boys found the going and the competition harder but the A team of Luca Shaw, Noah Curran and Cassius Doran persevered to finish 7th.  The B team of William Wells, Sonny Lewins and Daniel Taylor, in his first club race, were 13th.

Despite the gathering gloom and falling temperature, the older athletes tackled the combined under 17/20 Women’s and under 17 Men’s races with the same enthusiasm as the younger runners.

In the under 17 / 20 Women’s race, Ines Curran was first runner home by a clear distance on Leg 1.  Unfortunately, there was no team to follow her, but it was still a fine performance by Ines

The Gateshead Under 17 Men’s A and B Teams dominated their race. Josh Blevins and Oliver Douglass were 2nd and 3rd on Leg 1.  On Leg 2, Euan Gray, in his first race for the club, took the B team into 1st position with Etham McGlen struggling after losing his shoes in the mud in 2nd.  That left Jack Garrett in the lead with David Race in hot pursuit.  David was soon on his way to securing the victory for the A team while Jack held on well for the B team in 2nd.

28 of the club’s young runners took part, with several competing for the first time.  Well done to all of them and thanks to everyone who provided transport and ensured that the rules were respected.

Archie Jenkins, Val Baxter and their colleagues at the NECAA deserve everyone’s thanks for all their hard work in organising such a successful competition in compliance with the current requirements.   It is hoped that a similar event can be held for seniors and masters on 16 January 2021. 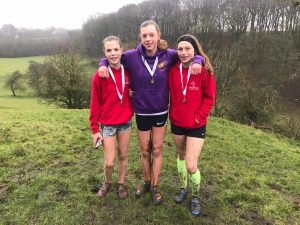 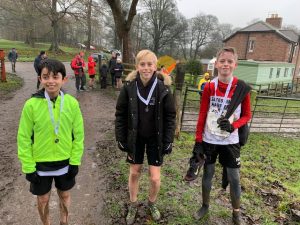