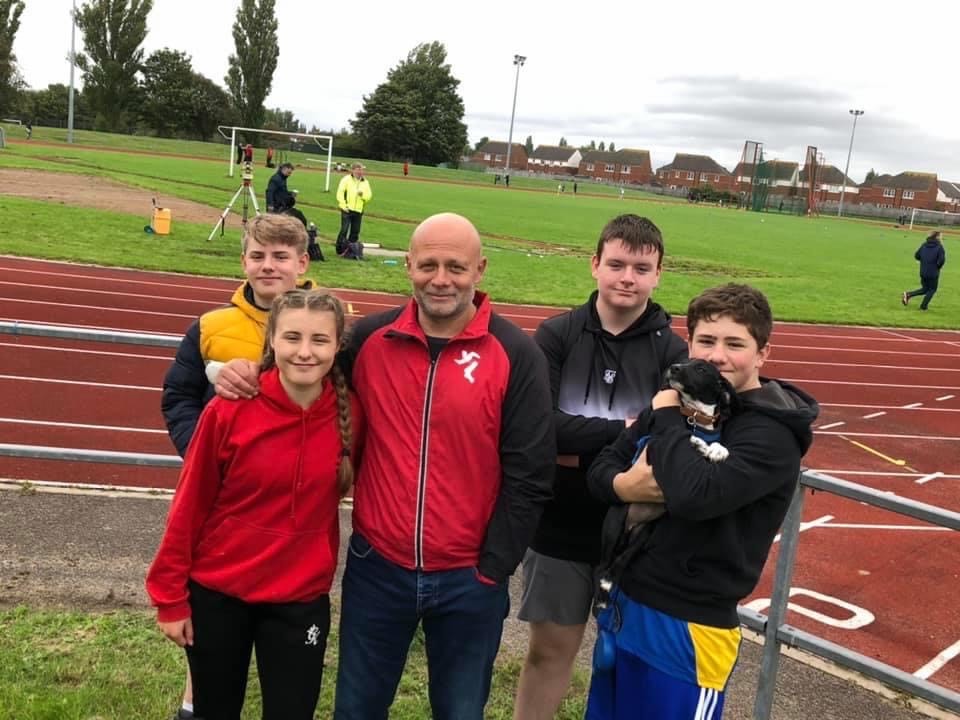 This year has been a pretty rotten year in terms of competing, especially outdoors and therefore for the long throwers but amidst all the Covid-19 we have seen some outstanding performances, medal wins, personal bests and an insight into the future on what is the most talented and fun group of throwers in the North of England. So here are our 2020 highlights:

The year started off so well as we entered our athletes across the four main Championships. Gateshead Harrier Jack Halpin won three from three Golds at the North-East, Northern and English Championships and saw him remain number 1 ranked for the whole of the year with 16.30m. Joseph Perkins also saw double gold success at NE and Northern Championships and reigns Number 1 in the UK U13 boys at Shot and Discus. Also ranking highly with success was Leila Thompson from Alnwick with Gold at NE, Silver at Northern and Bronze at the Scottish Championships. Her rankings also excel with UK 2 in Discus, 3 in Shot and 4 in Javelin. Another double medial winner was Gateshead Harrier Thomas Mann with Gold at both North Eastern and Northern Champs. Hitting the podium twice was another Gateshead Harrier, Lucy, with Silver at the Scottish and Bronze at Northern Championships. Continuing the club vein Lewis York also struck Gold in his classification at the North Eastern Champs and competed well Indoors throughout the early winter as did ever present, Alnwicks’, Talia Thompson winning Gold at the NE champs. Talia remains number 1 in the North East in the competitive U17G Shot. Finally the renowned Birtley Boys completed the medal winners with Ryan Cook taking Silver at the North Easts and Bronze at Northern and Fynn Errington, competing on 3 throws disciplines all year, take Bronze at the North East Champs to make it a 1-2-3 in U15 Shot.

With a completely decimated outdoor season it wasn’t until later on that, within some excellently organised NECCA Autumnal competitions, that we saw some of the training pay off with the Under 13Girls taking the centre stage. Multi talented Skye Marshall smashed the Gateshead Harriers U13 club record in javelin and stays, in her first year U13, as 6th in the UK javelin, Phoebe Hall is tracking her closely in 9th and the quartet of record holders for the club saw new Gateshead Harriers Darcy Metcalfe and Aoife Carty also develop and improve making it in the North East, along with Leila, the first five rankings from the Throws Crew.  Other creditable performances saw club throwers Vinny Baker rank 21st in U17 Shot, Niamh Brennan 17th in U20W Javelin, Catherine Burns hit new PB’s before Covid struck, Anjte Hall, from Alnwick, improve massively from top 300 in 2019 to top 50 in 2020, Cameron Marshall also mirroring that in U17M Javelin, Niamh Kemp from Phoenix Flyers for her dedication to Javelin and 2nd in the North east at U15G and finally in Discus Gateshead’s Ayesha Bajwa improving and pushing herself to 4th in the North East at U17W.

Sadly we didn’t see various athletes compete due to isolation or surgery and that included our latest UK athletics Youth Talent Programme athlete Orla Carty, Mason York, Sam Jolly, Katie Green and Keeley Llewellyn who all trained at various parts of this year. Out of area Rosie Rice continued to push for the elusive Cambridge University Blue competing indoors and outside including a 100m race. Finally credit to our older athletes for the way they have trained, competed and been part of the Crew in helping mentor the Juniors, including out youngest athlete Frankie, so shout outs to Gateshead’s Yasmin Othman, Nils Wendland and Becci Ousby from Team Bath.

A big thank you and plaudits goes to Adam Barkley for his work with the athletes and to Jackie Thompson, Nathan Marshall and the effervescent Lyndsey Perkins-Rodmell. Thank you for your help at training plus Anita and Lesley for your cheerleading and before the outbreak Nic Terry and Angie Fairbairn.