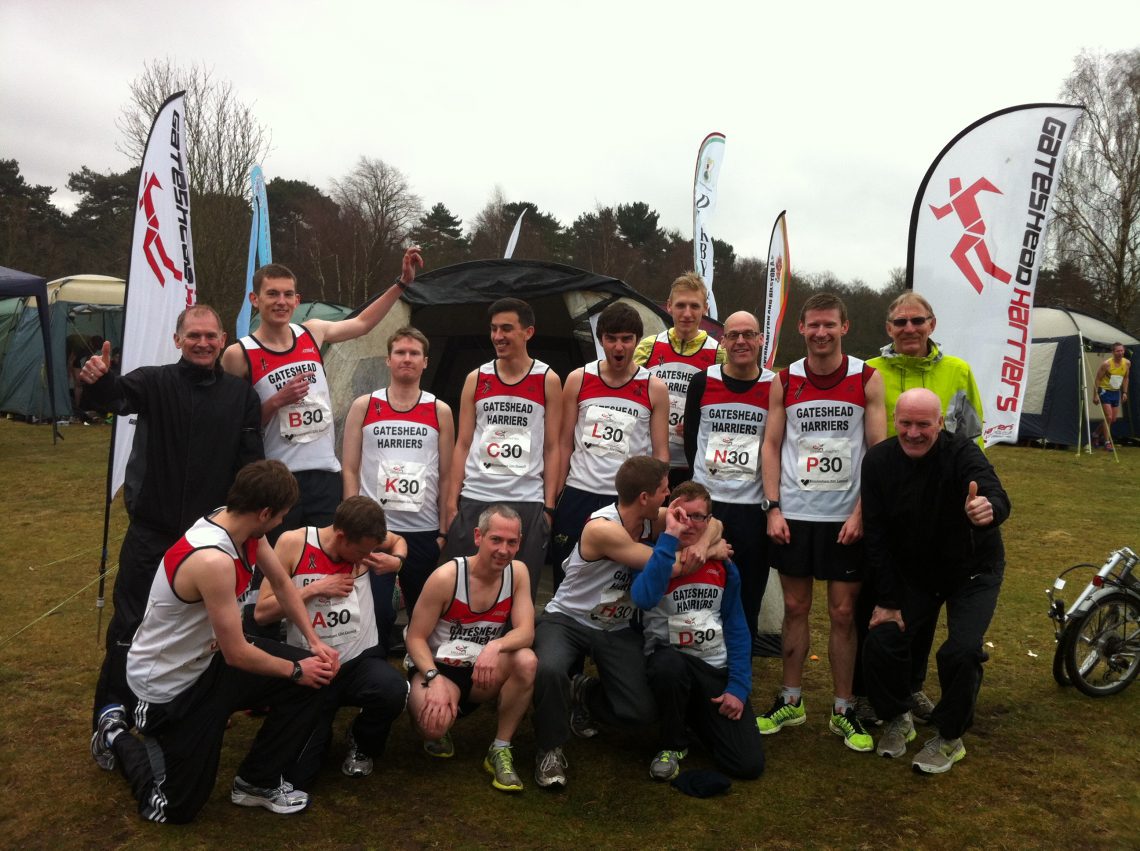 The National 12 Stage Road Relay at Sutton Park on Saturday 13th April turned out to be an emotional occasional with all the Athletes and Team Management, dedicating the Race to Vera Robson who sadly passed away during the week leading up to the Race.

For years along with her husband Syd, they would be seen walking around Sutton Park supporting the Team.
It must also be mentioned that ex Gateshead Harriers Alan Buckley and Jess Nixon both now running for Leeds expressed their sadness on hearing about Vera.

The Team consisted of a number of our up and coming Junior men which can
only auger well for the future and along with some of our experienced athletes the overall performance was encouraging. Although relays arevery unpredictable and some individuals would have liked to run faster times it was a very creditable overall outcome, finishing 31st in the National Championship with over 70 teams finishing, whilst also finishing 8th in the Northern Championship which was run in conjunction,
with some really good individual performances.